The elements were fierce in the stadium of the 2020 Mt. Itasca 1st Annual Dad/Coaches/Adults over 21 Competition. Start line temp was hovering around 11 degrees F with a windchill of “cold enough to grow an icicle beard while taking warm ups off”. And the wind (aka the crowd) was roaring. Truly a memorable scene to see the top 10/10 racers step up to the challenge; most of whom would call this the most important Birkie prep workout/race of the season.

There were two moose obstructions and a few wrong turns up to the 70m ski jump...and down. No injuries were sustained, but John Munger might be proposing a Theodore Wirth/Trailhead Ski Jump project in the near future. Nevertheless, the valiant crew of Dad’s, coaches, and bystanders were brave enough to start (most of them) and finish (most of them) the approximately 10km race. In the end, Alex Kelling was the highest on the podium, both as the champion and as the tallest contender. Close behind was Zach Goldberg who feathered his way up the Wall and who ultimately inched out the first official “Dad” finisher: the one-the only Ben Nemeth.

New Dad (congrats!!) — Chris Harvey of LNR — was proud to report an average heart rate of 180 with max heart rate topping out at 189. He graciously shared his thoughts post race, as he was catching his breath. “Yeah, we were excited to test ourselves on the same course as the CCSA/CXC Junior Cup racers. We normally race longer distances, but decided today would be a good way to compare ourselves to our athletes and kids. Looking forward to more races like this. But mostly looking forward to the Birkie.” 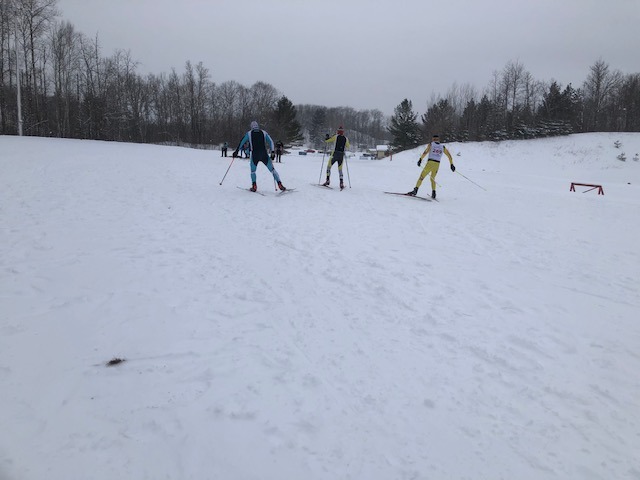 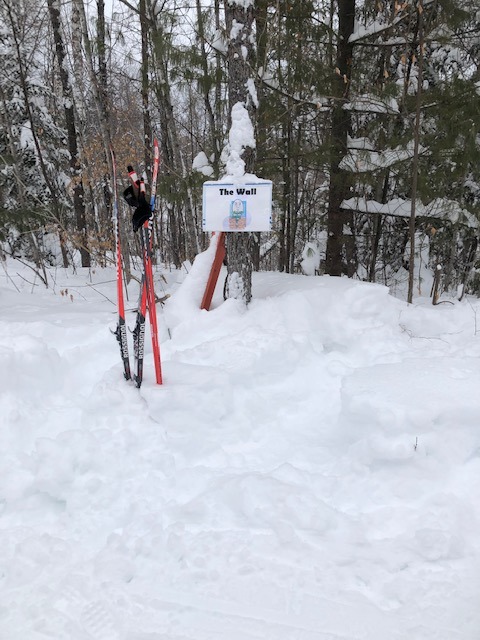 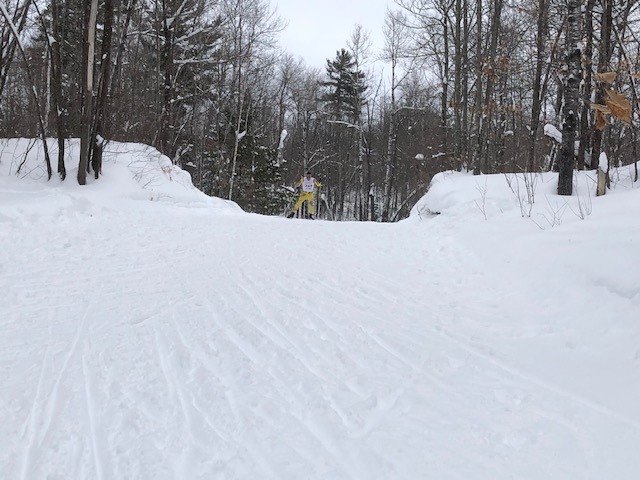 Mostly official race results are below: