The 2009 Birkebeinerrennet ski race was an experience that will not be forgotten. 14,500 skiers and countless spectators along the trail were amazing. My wave, wave 8, left the stating gate in Rena at 8:40 with around 875 people. The sound of that many skis and poles heading up the mountain is almost deafening and is something that I have never experienced in my years of skiing. 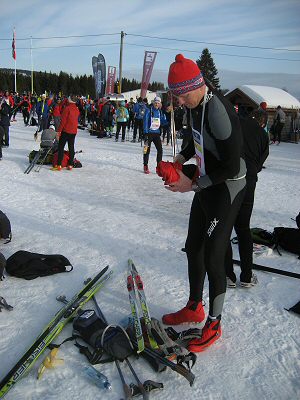 The conditions were pretty difficult with the temps at the start being about -3c with fluctuating air temps and snow conditions on the mountain. In the valley between the two mountains the snow was icy and damp and it was very tough to get kick in many places. The changing conditions were a bit tough for me since we do very little skiing like this in Minnesota. (Especially this year when you could ski the entire month of January on the same kick wax) I was a little frustrated and my race was not going to well, so about the 15 km mark I made a choice to enjoy the experience rather than blow up and not finish. I stopped a few times to either add more wax or to tweak things a bit. Around the base of the second mountain I decided to klister up the skis since I was unable to get any sort of kick with the soft hard waxes I had on. I knew in many places I would ice up but at this point I was taking in the atmosphere and just wanting to finish.

From this point on the steep hills had to be trudged up due to the numbers of skiers on the trail and the iced up klister on my skis. After making it to the high point of the course it is really all downhill for the final 15 km. During this part of the race, the klister was working well and I could get pretty good kick on the few remaining hills. The temps on the Lillehammer side of the mountain were well above freezing with wide icy tracks to chatter down for the last 8 km. I finished the race not nearly as well as I had hoped but I and had a very good time considering the conditions. 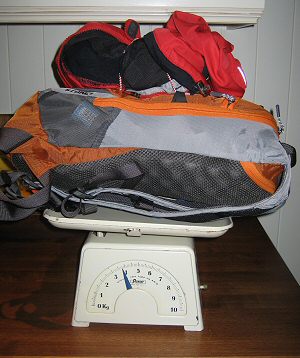 In comparison to the American Birkie there is not quite the party atmosphere among the skiers, no costumes or funny race suits. The numbers of spectators along the entire course was very nice. There would be people sitting in snow dugouts in areas where you wonder how they got there. They would cheer and give encouragement throughout most of the course. If you needed help they were more than willing to lend a hand. Food stations were few and far between, the first one being about the 12 km mark, but I guess that is why you need to carry a pack with water, gels, food, wax and clothes. You just have to make sure it still weighs at least 3.5 kg at the finish line.

For me it would have been a totally different race if it had been 5 to 10 degrees colder. Next time I don't think we will plan do the race after 2 days in London 2 days in Belfast before heading to Norway. Too much travel and sights and not enough rest. I plan on heading back to try it once again, maybe next year???