For the first time in the rich history of cross country skiing in Upper Michigan there is an official high school Nordic ski team. Marquette Senior High School in Marquette, MI is represented by 15 athletes and coaches Matt Weier, Joey Graci and Dan Wiitala. One stipulation of the school board is the team be self funded and through a generous donation from River Valley Bank the team was able to acquire uniforms. They are also supported by the Superiorland Ski Club. MSHS Nordic will be competing in events in upper and lower Michigan and at the Giant's Ridge Invite in Minnesota in January 2010. 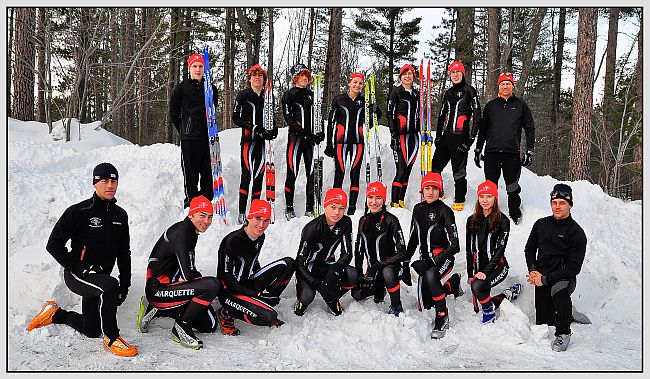